Nowhere on earth is safe from the catastrophic disasters of natural flooding. Rain falls onto every corner of the globe, making every nook and cranny of dry land vulnerable to a flood. Thunderstorms are not the only cause for flooding. Overflowing rivers, hurricanes, and rapid snowmelt are various natural causes of floods. It is important to become familiar with various flood facts and so you can be better prepared when floodwaters emerge in your vicinity.

The Power of Floodwater

The impressive strength of floodwater should not be underestimated. Drivers should be careful to avoid flooded streets. An estimated 66 percent of flood-related deaths occur when people drive their cars into flood waters. As a preventative measure, some states will even require reimbursement for the cost of rescue activities when individuals drive into a flooded area.

Severe thunderstorms have the power to release torrential flooding in a short span of six hours, and often within three hours of the rainfall. People are frequently caught off guard when a flash flood strikes, because the waters rise with incredible speed.

Flash flooding can transform a local, meandering stream into a raging menace. Highway underpasses and city streets are also vulnerable to the dangers of flash floods.  Mudslides and dam breaks are additional causes of flash floods.

Communities situated along the coast are at risk for coastal flooding. Nearly half the US population resides in coastal areas. When tides are especially high, sea water overflows onto low-lying areas, engulfing properties. Coastal floods are also produced by waves, high tides, or heavy rains that result from tropical storms.

Coastal flooding is even a common occurrence when the sun shines brightly in a cloudless sky. Rains and storms are unnecessary to create a coastal flood. High tides are enough to saturate coastal communities. The Center for Disease Control and Prevention (CDC) refers to the floods caused by higher than average tides as nuisance flooding.

The Frequency of Flooding

Out of all the natural disasters that affect the US, floods make up 40 percent. Globally, flooding is the most common natural upheaval to strike.

River floods are the most frequent type of all the floods that occur. The waters overflow onto the banks and surrounding area, submerging nearby dry land.

Deadliest Floods in the US

Floods have devastated U.S. soil since the earliest days on record. In fact, the Galveston Hurricane, dating back to September of 1900 caused the deadliest flood to ever hit US land. The category 4 hurricane unleashed deadly waters reaching heights of 20 feet. The colossal waves flooded the city and killed an estimated 8,000 to 12,000 people. Not only were lives lost, but the flooding totaled buildings and homes, costing roughly $30 million in damages.

Also making the list for deadliest floods in the US is the Johnstown Flood of 1889. Approximately 2,209 people were killed due to the floods. The South Fork Dam collapsed, unleashing a tidal wave of surging waters that destroyed the towns of Johnstown and South Fork. An estimated $453 million in property damage resulted from the flood.

The Cost of Flood Damage

Floodwaters destroy property, damage roads and completely take out bridges. From 1980 to 2013, an estimated $260 billion in damages occurred in the US. Flood insurance claims in the US from 2006 to 2015 totaled nearly $1.6 billion each year.

In 2016, the Federal Emergency Management Agency (FEMA) was forced to borrow $1.6 billion from the U.S. Treasury to pay for flood insurance claims from the National Flood Insurance Program (NFIP). Every year, $1 billion in flood damage occurs across the country.

Even once floodwaters subside, danger lurks in the area.

Given the continuous stream of flood facts, as a home or business owner, you’ll want to prepare your property for the worst mother nature can hurl. When it comes to restoring your home from the consequences of a flood, contact ServiceMaster of North Texas.

Our water damage restoration professionals will thoroughly extract all excess water from the home using advanced equipment, such as powerful dehumidifiers, moisture meters, and air movers.

Water damage spreads quickly. Consequently, the skilled technicians at ServiceMaster of North Texas consider every water damage situation as an emergency. Our specialists will arrive onsite within two to three hours of your call to assess the damage and begin restoration work.

Included in our water damage restoration services are debris removal, moisture assessment and dehumidification. Since mold can develop within a few hours, our technicians also remove any mold during restoration. Once the water damage has been controlled and the property thoroughly dried out, a final inspection completes the process.

Don’t wait for a natural disaster to call the pros at ServiceMaster of North Texas. Water damage can spring from within the home, too. Broken water pipes, leaky appliances, and sewage backups cause significant water damage from inside the home and require the skilled services of a water damage restoration professional to return the home to its pre-damaged condition.

ServiceMaster of North Texas specialists are available 24 hours a day, 365 days a year. We dependably serve the residential and business communities of Garland, Texas. 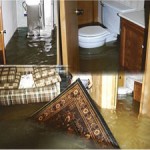 Preventing Water Damage In Your Home

Wish List for Your Home and Office – Water Damage Restoration 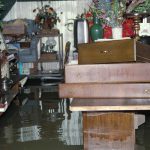 How to Handle a Flooded Basement 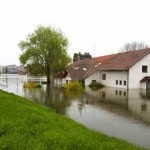 What Should I Do After a Flood?