Limescale build up is a common problem to most items in the home that use water. Anything from the kettle to the bath and shower will suffer from a build up of limescale over time. Getting rid of it can be quite difficult, although there are a few handy and cheap ways to tackle the problem, as well as a number of preventative measures you can take to slow and reduce build-up in  your home.

Limescale is essentially calcium carbonate, which is present in most water supplies whether hard or soft, although more will be present in hard water areas. It tends to get deposited on any household item that is in frequent contact with water, such as kettles, baths, showers, and boilers, as well as taps. 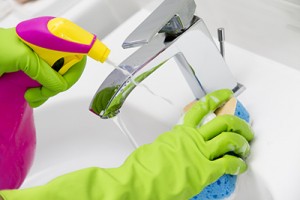 Often, our initial instinct is to simply try to scrub limescale off a surface. While this will work, you might also scratch your bathtub or shower while doing so, as you will probably need a fairly abrasive scrubber to get rid of it effectively. Before you start scrubbing though, there is a very cheap and effective way of breaking down limescale that doesn’t involve having to purchase special remover.

Because calcium carbonate is an alkaline, the use of a weak acid will easily remove it. White vinegar and lemon juice are perfect for breaking down any limescale, allowing you to easily wipe it off. Also, if you clean with these items too, you can help prevent further build up by breaking it down as you clean, so you won’t have to deal with large masses of limescale in the future.

As mentioned, by cleaning a little and often you will prevent any major build-up. Simply wipe the bath and taps down after you have finished. It takes a few minutes and will save a lot of hard work later on. The same should be applied to any shower. Once you’re done, give the base of the shower a quick wipe around, as well as the taps.

In order to help you get into this habit, keep a bottle of vinegar and/or lemon juice handy in the bathroom so you can pick it up and clean easily and conveniently.

Getting rid of limescale in other places

The same principle applies to any other affected household goods. For a washing machine for example, simply place a cup of lemon juice inside the drum and give it a spin. This will help freshen up and breakdown and deposits present.

For kettles, simply fill it up with lemon juice or vinegar, whichever you have more of, and then leave it to rest for about an hour to let the acid get to work. You can then simply boil the kettle up and drain the water and excess limescale away.

Finally, for taps, one option is to simply soak a cloth or sponge in vinegar or lemon juice. Fresh lemons are a good option for this too, and when you juice them don’t worry about pieces of the fruits flesh getting in the mix – these will actually be very effective at removing limescale in addition to the juices.

Overall then, limescale can be easily remedied by making sure you have the right solutions to deal with it, and by regular and frequent cleaning. This should avoid any major build-ups occurring and keep your bathroom looking as good as new. 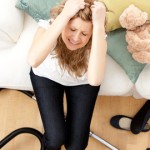 How Often Should You Deep Clean Your Home? 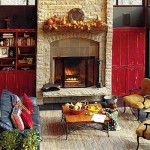 How Often Should You Clean Your Chimney?

What is Considered Clutter? 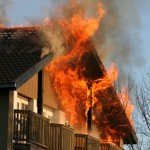 Restoring Fire and Smoke Damage in the Kitchen