While we all generally know that nothing else but water is supposed to go down the drain, other small objects and debris can slip down there on occasion. Thankfully, the sink stopper can prevent these things from falling down, but it can also get in the way when trying get the junk out of the drain.

But the sink stopper doesn’t always come out easily. You will have to disconnect a lever or two below the sink in order to pull it out freely. Check out the following steps on how exactly to remove a sink stopper.

How to Remove a Sink Stopper from the Drain

The task of removing a sink stopper shouldn’t be too complicated, even for someone who doesn’t know the first thing about plumbing. But if you experience any problems along the way, such as the pipe leaking and you can’t shut it off, immediately turn off the main water shutoff switch. Most are located in the basement of the home.

If there is significant damage under and/or around the sink, be sure to call a water damage restoration professional right away. If the damage isn’t addressed immediately, mold can develop in as little as 24 hours.

But as long as everything runs smoothly, and you are able to clean out the drain, you will have to reconnect everything below again. Here’s how to reconnect the sink stopper.

How to Reconnect the Sink Stopper

If you are still unable to figure out the problem or just don’t want to mess with removing the stopper in the first place, consider using a drain snake. You can get them at your local hardware store for a cheap price and be able to remove the gunk without pulling out the stopper. You can also call a plumber to disconnect and reconnect the stopper for you.

You shouldn’t have to worry about any problems arising when disconnecting the stopper, but damaging the pipe can cause a huge problem when running the water afterwards. If you find any amount of water running beneath your sink, call a water damage cleanup specialist immediately.

ServiceMaster is one of the most well-known emergency water mitigation providers in the country. They respond within 2 hours and work efficiently and effectively to have the entire area restored. Their professionals are each trained, licensed, and experienced in both residential and commercial settings, allowing them to provide a professional, timely service. Don’t hesitate to give them a call in the event of any water-related emergency.

How much do you know about green cleaning? 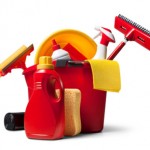 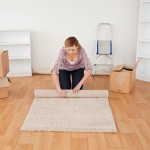 5 steps for a thorough end of lease cleaning 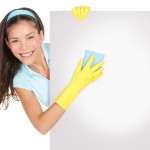